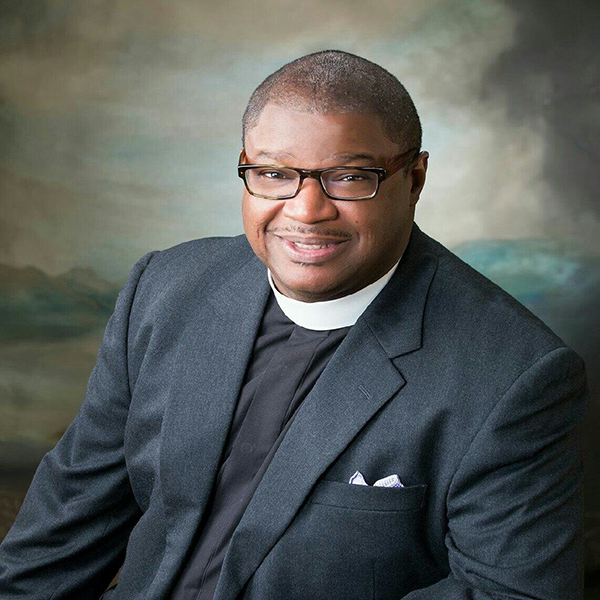 We are delighted to announce the call of The Reverend Dr. Allen F. Robinson as 15th Rector of Grace Church Brooklyn Heights!

Allen will begin work on Monday, March 19, and celebrate his first services on Palm Sunday, March 25.

Allen and his wife Allison have three children: Keenan, a college student; Leyla, a high school junior, and Philip, in the seventh grade.

As the Vestry considered the candidates presented by the Search Committee, we were immediately struck by the strength of Allen’s experience, preaching and pastoral presence. We were impressed by his commitment to community as well as his warmth and humor. We have confidence that he will lead us as a people dedicated to outreach and social justice as we continue our life as a faithful, worshipping community.

No announcement of Allen’s call would be complete without recognizing the extraordinary work of the Search Committee: Thomas Baldwin, Sarah Davies, Marilyn Grant, Chris Larson, Brianna McCarty, Michael Rycheck, Anne Silver and Craig Whitney, so ably led by Co-Chairs Barbara Becker and Vivian Harrison. It is almost impossible to do justice to their dedication and commitment. To them we owe a true debt of gratitude. We also thank the Vestry who performed their vital role in the process with day-long interviews on three consecutive Saturdays in December followed by a long evening of discussion, prayer and decision.

In the weeks ahead, we will share more information about how we will get to know Allen in his ministry at Grace. In the meantime, please join us in welcoming the Rev. Dr. Allen Robinson and his family to the community of Grace.

In gratitude for our life together,